Eight years ago, Glen Ellen residents Greg and Mary Guerrazzi took an adventurous trek in the Dolomites, a mountainous region of Italy.

“My wife and I are avid hikers,” Greg said. “We thought it was great to walk from village to village, enjoying food and lodging as we went, having our baggage waiting for us at the next nights lodging.”

Recalls Mary, “Greg looked at me and said, ‘You really should do this in Sonoma.’ And that was that.”

They returned home and shared the idea with family.  Mary’s sister, Sheila Taylor, agreed to investigate the potential market for the treks…”When I did the competitive research,” she said, “I found that we would have the market to ourselves…We were the first in the U.S. to offer self-guided inn-to-inn hikes.  I told Mary and Greg that I didn’t want to consult with them, I wanted to be a partner.”

And soon the three co-partners set about making it all work.

Putting the treks together wasn’t as easy as it might seem. In Europe, trekkers going from one village to another follow paths carved into the land over centuries. But the U.S. developed at a much later time and in a different manner. Dirt paths originally used by pedestrians, horses and wagons were quickly paved over after the invention of the automobile.

The treks the trio were developing needed to be on beautiful trails. When public driving roads must be used, they should be little-traveled. If trails necessitated crossing vineyards or other private property, negotiations with the owners were required.

And since the treks were intended for a luxury market, they had to wind betwixt high-end inns and restaurants. Complicating matters, inns had to be placed at a comfortable distance from one another (far enough for a good hike, but not so far that trekkers were immobilized at day’s end) and within walking distance of great restaurants.

But it all came together. In 2007, one year after idly musing atop a Swiss mountain, Wine Country Trekking launched with four treks, including the signature 10 day hike that takes trekkers on foot from San Francisco to Sonoma…

From “Walkabout in Wine Country” in pressdemocrat.com  (October, 2012) 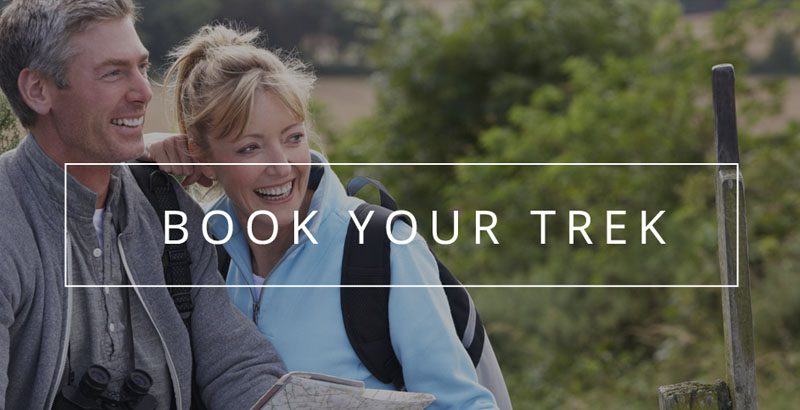